It’s been a few weeks since my last post. That’s because I actually DO practice what I preach and have been busy honing my skills to become a video ninja. Ok, maybe not. How about a video Jedi? Not hardly, but I think I’m better than most people are at creating videos.

What does it actually take to produce pretty decent videos – besides $2000 for a professionally done video? Understand first that there are multiple skill sets involved that you will need to become familiar with. Notice I say “become familiar with” and I didn’t use the word “master”. If we could master these skill sets then we could start charging $2000 for videos, right?

Mastery also takes more time. My goal is to produce a video of sufficient quality to be better than most. For me, I just want to work on content production and pushing that content out, rather than spend days trying to produce a perfect video.

In the interest of full disclosure, I should tell you that I am not new to this. I have producing video content for the last three or four years but that was using a Windows PC and Camtasia (it’s what Windows Movie Maker is based on). Now that I have a Mac, I wanted to use the Adobe product suite. BIG learning curve! More on that later. I am still learning and I do not consider myself to be a video ninja although most people give me that credit because they wouldn’t know how to start putting a video together.

The first thing you need is some decent equipment. You don’t need to spend $1000 or more to get this equipment although you can easily spend way more than that. I shoot all of my video and still images right on my iPhone 6 Plus and get great results. For my audio, I have found that my Plantronics Bluetooth earpiece gives me awesome sound. These things I already have! I did buy a nice quality microphone with a pop filter and boom for my home office but I mostly use that for webinars and such, not my audio recording. All three set me back about $50 and my audiophile friend told me he paid over $200 for the same exact stuff just two years ago.

You’ll need the Adobe Creative Cloud Suite, which now I think is only available by subscription. It’s about $50/month but I got grandfathered in at the student rate at $29/mo. SWEET! If you’re going to be recording audio, you get learn a little about Adobe Audition. When my audiophile friend saw me recording in QuickTime he shuddered. He told me that Audition is the way to go and it’s just as easy to record in that and you can edit it right there too.

Obviously with video, you’re going to be working in Adobe Premier. Its pretty straightforward if you have any exposure to any other video editing tools. The thing that really tripped me up was learning how to pan and zoom still images. This is sometimes referred to as the “Ken Burns” effect because of the many documentaries that use this technique. It’s a way to use still images but make them more interesting by providing a point of focus and animation. The secret was this video Create a Ken Burns Effect in Premiere Pro CC .

Last but not least, you need to be able to create graphics in Photoshop. You can easily create some nice titles and other images for use in your videos. Using some of the skills you learned in the “Ken Burns” video, you can really make some nice additions to make your videos appear quite professional.

I think the stumbling block for many people when it comes to creating video content is just coming up with ideas, but that’s a topic for another post! Best of luck creating your videos! 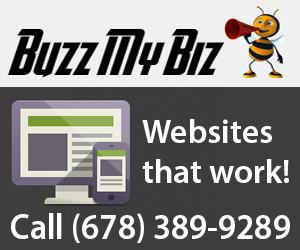